Meet Jan, one of our farmers! 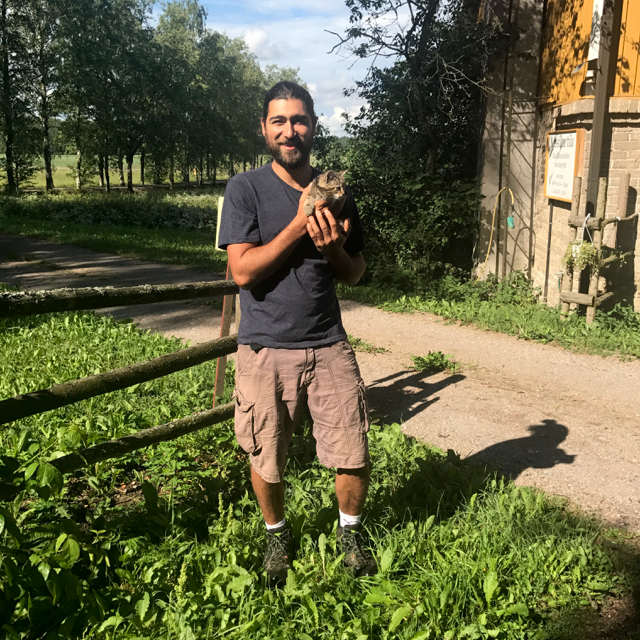 My name is Jan Veltman. I was born in 1986 in The Netherlands. I’ve been living in Finland since 2014. I recently moved with my partner Kirsi to Lassila Farm, to the old talkoomökki! My hobbies are: cooking, mushroom picking, gardening, cycling, camping, guitar playing and enjoying nature in all possible ways.

2. What fascinates you in Oma Maa?

Basically Everything. Most of all that we are trying to make the world a better place. That we are an alternative for the terrible (food) system that is destroying the planet. Then there’s the endless possibilities we have to make and do what we want and the huge variety of tasks, which makes every day a new adventure. The possibility to learn about almost anything you can think of. And of course the likeminded people I work with everyday.

It’s an amazing feeling to put my time and effort into something that makes me so proud that I want to tell all about it to the people around me. And to have this intrinsic motivation to work as much as I can to make this thing work!

3. Where you have been working other stuff or farming before?

I spend all my childhoods summers in my family’s house in France that is sort of like a farm. There I learned something about building, gardening and taking care of animals.

At home we had a vegetable garden too and when I was old enough to work I got my first summer job at a greenhouse picking cucumbers.

In Finland I have attended cooking school and have worked in several restaurants as a cook. I also worked for a company that builds and maintains yards and parks in the city of Helsinki. Before I found Oma Maa I spend a few months in Colombia where I volunteered at a permaculture farm.

4. How the world will change in your dreams? (Your utopia…)

I hope that what we are doing is not just staying inside of this small community, but that it will spread so that we will be able to change the world and live in a more sustainable way that is better for people and planet.

Because I believe that all people want to do good, but that the current system is making it very difficult to live your life the way you would actually want to. If for example there was more openess about the production of food and especially meat, people would make very different choices.

So in my ideal world there would be a basic income for everyone. That way we can choose how we spend our time. Everything we do would be based on our own values and beliefs in stead of on making money.

5. What is your favorite part and the hardest part in working in this co-op?

The hardest part is probably that everything is so unsure still. It’s a bit scary that I finally found something so good but that it’s totally unsure how long we’ll be able to continue doing this. Sometimes I feel like we should be doing more, but I don’t know what exactly…
Also I still have difficulties thinking in a ’co-op way’. I wasn’t familiar with the concept of a co-op before I joined Oma Maa. I’m used to traditional companies with a boss, employees, strickt rules etc… It’s great that we don’t have those now, but also confusing sometimes.
My favorite part of the co-op is the process from seed in the ground to food on the plate.
To give an example:
My favorite moment so far with Oma Maa was the dinner that we organised for guests that had attended an event at the social forum.
We cooked a 3 course meal for them entirely made of produce from the farm. The salad that was on the plate has grown from seeds that I sowed and it was me who took the parsnips from the ground the day before the dinner. Cooking with ingredients like that feels very special. But what made the whole experience truly amazing, was the applause from the guests at the end. That whole process; All the hard work on the farm, more hard work in the kitchen,  sharing our story with others and feeling genuine appreciation from them is the best feeling there is!

Have you already met Joel? >>