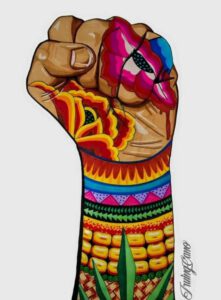 When the Utopia is not the dream but the practice

Not so long ago I ran via Michel Bauwens into this writing by Will Davies, “This is not all there is : Thinking utopias in ideas and practices,” and it hit home. Davies writes about how the idea of Utopia has logically resurfaced in recent times amidst our current concerns with regards to Life’s future (the latter my own words). However, as Davies describes, Utopian thinking of a better life will not automatically enthuse people to believe and act that else is possible, but might actually only add to feelings of disappointment with the present, of disappointment with all that failed. But, Utopian thinking does become politically energising, liberating, when liberty is understood as an autonomy which is not introspective but compatable with ethical duties and fulfilling work. Utopia will be empowering when it is not a ‘dream of escape,’ but a Utopian practice, ‘giving form to an imagined future, to be used to explore alternatives’. This for me is a fantastic way to understand what Oma maa is (also) about. A Utopian practice. 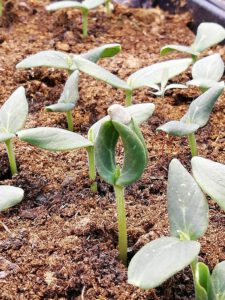 A year ago I wrote this writing “Meidän Oma maa (Our Own Land), taking us towards something new”, which among other explored the link between ecology and radical democracy. In his writing on the ecology of Cornelius Costariadis, Yavor Tarinski connects the dots as to how fundamental that link is (and I have patched the following freely together from Yavor’s writing):

”Ecology is political. Ecology cannot be scientific, since science is not about setting limits before its goals but about discovering ways of achieving them. If scientific research cannot determine with certainty whether something harms the environment irreversibly, then precautionary limitations should be established with a political, direct-democratic process. Ecology is then part of wider revolutionary project, that of direct democracy, which directly challenges the contemporary institutional order. In the matter of our common future all of the social collectivity should have a say. Everybody should be asked whether they want to saw off the branch of the tree they are currently sitting on.”

In the beginning of the “Meidän Oma Maa” text, this link between ecology and radical democracy is set out in what we could call Oma maa Utopia:

”Food is a core societal thing. Food is first of all what joins all of us. And in whose hands the control of our food system is, including of course water, in those hands the control of society lies. In other words, people can more govern their own lives, if food (the food system) is in their control. In that sense, all efforts done to get food back under the control of people is very important for the development of society, and only by addressing this, we can change our society into being more just and fair. “ as our Oma Maa farmer Jukka Lassila put it in a wonderful interview with Jukka Peltokoski for KSL.

I add here, what has been for me a useful rephrasing of that Utopia: Food, and for that matter other issues we consider core change makers as energy in light of issues of concern as climate change, are systemic change makers IF AND WHEN their systems are in the hands of people. Or in other words, Food is a systemic change maker leading to a more healthy and socially and ecologically just society, when its production, distribution and consumption are in the hands of people. Which then is so fundamentally pointing towards the fact that Systemic change is to be rooted in peoples processes around daily needs. 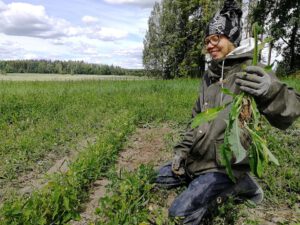 The Practice: co-producing our food system the whole year around

All the core things written out in “Meidän Oma maa,” continued also this year. Come foodbags, come farm dining dinners, come adminstration and governance, Oma maa kept it well up in 2019. We recently summed up the overall sentiment with regards to our foodbags as being “increased satisfaction compared to 2018, resulting from a better harvest, as well as from an increased capacity of the core team on the farm and the cooperative at large”.

Even more perhaps then in previous years, in the summer of 2019 a good number of coop members came out to the farm for the picking and gathering of produce. Several weeks even a second car drove up from Helsinki for the mornings. Also during the weeks that core team members were away, there were co-producing responsible hands available. Via an excel sheet some sort of self-organised organisation was experimented with, whilst this also happened via whatsapp and facebook – this all certainly with room for improvement, but in any case, food bags and kitchen tables were filled with great produce.

In fact, throughout the year a good number of others have been joining for periods on a daily basis on the farm and in the kitchen, resulting in core team’s hands being able to be freed to keep up other activities, which is necessary to keep also the continuous processes going. We tackled new things too, and started a vineyard! We became better at using each other’s experiences, and different people also learned to do different things independently.

This all is central to appreciate how it is possible that Oma Maa as a CSA produces foodbags for its (try out) members all year around. Foodbags which next to customary home grown and made products as bread and seitan /falafel (but also not so customary as forinstance hempbutter from our hempseeds or salsa verde from our tomatillos)  saw an abundance of produce like berries, beans, squash, root vegetables and tomatoes (all produce which then at the end of the season got dried, frozen or fermented for the winterseason), whilst at the same time we know that for next year we want to be able to offer yet more cabbage, herbs, cucumber, melons, and garlic. Also different forms of cooperation continued to be developed this season. Beyond the already existing cooperation of Oma Maa cooperative members Lassilan tila and Kaukon tila, and with local farmers around, in the last  months we have been trading different produce with Stadin Puutarhuri in Helsinki.

We also identified two major challenges to our Utopian practice. The first one is the financial. Whilst our food bag ordering (try out) membership in its totality is on the rise (for this January we have some 20 more every week bag orders then last years January!) , it is not enough to be seeing to all necessary investments, nor for salaries for everyone (whilst different food compensation and housing arrangements on the farm for some do exist). One of our core team members saw himself forced to step out last summer, which had its own implications. The pressure remains on for the others, and therefore too, next year’s Utopian practice will not be any easier the struggle.

The second challenge relates to our collective need for more education. I have come to understand this as relating both to our core team, as well as to our cooperative membership at large. We are wanting to strengthen our process of the passing on of skills to each other, whilst we identify any needs for external formal education. As to our cooperative membership at large, the collective practising of democracy is not possible without the collective strengthening of our co-learning around our common issues, our commons, including for instance learning on local ecosystems and species, making also for understanding regarding our farming plans. In a meeting soon to follow in January, we are in fact wanting to establish a more organic calendar of learning, discussion and decision making concerning all the areas of our coop – Ecology not without democracy, including knowledge production.

The above is mainly an account of the (amount of the) peoples hands engaging with their food system, which is nevertheless of course a core starting point for the Utopian practice discussed.

Yet another level would be to start to look at what this means for the involved. How is their involvement with Oma maa having an impact on their lives (in the last years linked to tekst I tell a bit of what the impact has been on mine), on their families, on their communities, on society? Not only of the growing, farming and caring, of the foodbags, but also of the developing farmdining restaurant as well as of the developing plans for an educational program. We can imagine that as time goes by, in a multitude of ways involvement with Oma maa’s (in themselves evolving) practices can lead to more physical and mental health, to more social justice, to more ecological wellbeing.

Taking a few steps forward, one could yet further imagine a future in which perhaps shorter working weeks, complementary currencies, basic income (or perhaps even a mechanism coupling all of the mentioned) could be bringing forth that many more people could be involved with a process as Oma maa, leading to not only more novel practices, but also to the strengthening and potentially interconnecting of yet other Utopian practices of peoples process around daily needs.

After a year of climate strikes and gathering also in our Northern corners, the angle that systemic change is to be anchored in peoples processes around daily needs, profoundly connecting ecology and democracy, is not yet figuring in our discussions nor in our calls for action. This tekst is an invitation to consider the potential Utopian real outcome if it would be. Oma maa for one welcomes on board!